In 2016, transportation surpassed the power sector as the largest emitter of greenhouse gases in the U.S. Fortunately, meaningful pathways to reduce transportation emissions are taking hold.

In this webinar that took place on November 10th, we took a look at the various tools organizations are employing to decarbonize the transportation sector including low carbon fuel transition, fleet electrification, market-based incentive programs, and verified emission reductions. A growing number of organizations are establishing science-based and absolute GHG reduction targets, net zero, and carbon neutrality commitments. Yet, questions remain regarding what these terms mean in practice, available tools to meet these goals, and their overall effectiveness.

Watch to the webinar recording to learn more about: Last week, Denver, Colorado played host to the 2018 Climate Leadership Conference (CLC). The objective of the CLC is to bring together prominent energy, climate, and sustainability leaders across business, government and academia in order to make collective progress towards building a low-carbon future.

The unofficial theme of the conference was ‘we are still in,’ which echoes the sentiment of many states, cities, and businesses in the aftermath of the United States’ decision to pull out of the Paris Agreement. This year’s event had an agreeably different tone than year’s past. For one, this is the first year the EPA elected to not sponsor the event. Bloomberg Philanthropies stepped in to organize the event and foot the bill. The result of this change only fueled the attitude of empowering private entities to take action to tackle climate change.

The conference also set the stage for the Global Climate Action Summit later this year in San Francisco. Matt Rodriquez, secretary for California’s Environmental Protection Agency, facilitated a strategy exchange to a standing room only audience on the Summit’s objective of spurring additional action at the sub-national level, creating healthy energy systems, and ensuring equity for all.

3Degrees proudly served as a CLC sponsor and sent along two representatives to absorb content and speak directly with conference attendees. During the three days of the conference, there were a few topics that kept cropping up. Here is what we heard:

Several big corporations made waves with their new climate commitments. L’Oreal USA announced their commitment to carbon neutrality by next year. “Sustainability isn’t just what we do, it’s who we want to be.” said Danielle Zaoulay, head of CSR and sustainability and Jay Harf vice president of environment, health, safety and sustainability, who presented on behalf of L’Oreal.

Doug Sabo, Visa’s head of global corporate responsibility also made the official announcement that Visa has joined RE100 and has committed to 100 percent renewables across its global operation by the end of 2019.

Some of the conference’s notable winners were Citigroup, that won the Organizational Leadership Award for its commitment to a $100 billion investment over 10 years to go towards facilitating low carbon initiatives. Goldman Sachs won the Innovative Partnership Certificate for its investment in a partnership to implement new energy efficient technologies for buildings. And a client of 3Degrees, Biogen, won an Excellence in Greenhouse Gas Management/Goal Setting Certificate for their ambitious goal of 35% reduction in absolute greenhouse gas by 2030. Biogen has also signed on to RE100 with a commitment to source 100% of its global electricity from renewables.

Purchasing carbon offsets is no longer the primary focus of industry attention and investment. This was proven by the many topics and conversations that came out of Climate Leadership Conference. Focus, instead, is being paid to answering the question, how will we eliminate Scope 1 emissions; discussing initiatives such as electrifying thermal load.

Transportation was also a significant focus of the conference. Transportation continues to be a huge source of global carbon emissions, however, relatively little has been done to address it. With the birth of Amazon Delivery Service and the rampant growth of residential delivery needs, emissions from small-scale commercial vehicles has swollen to now comprise ⅔ of total transportation carbon emissions. And the size of commercial fleets are only getting larger, which emphasizes the need for immediate action to address this critical issue.

Climate Leadership Conference served as a massive pep rally for climate leaders. More so than ever, climate leaders across business and government are banding together to make genuine progress. Like-minded organizations are partnering together for VPPA transactions, combining resources to address the carbon footprint of joint suppliers, and sharing best practices for corporate sustainability initiatives.

Gina McCarthy served as the conference keynote speaker. As former head of the EPA, McCarthy offered unique perspective into the shift towards the privatization and sub-national activation of climate leadership. “If Washington won’t lead on climate change, the American people will” said McCarthy during her stirring speech.

Many thanks to The Climate Registry, Center for Climate and Energy Solutions, and Bloomberg Philanthropies for organizing another successful conference. We are proud to be part of it and look forward to many years of continued partnership. Persimmon Creek Wind Farm, a 200 MW facility in Oklahoma, is Scout Clean Energy’s first completed wind development. The construction of 73 GE 2.5-MW turbines was completed in under nine months, and the facility has been online since September 2018.

The development of the Persimmon Creek wind farm has had a positive impact on the region. The project has helped to create jobs and will continue to provide economic benefit to Dewey, Ellis and Woodward Counties throughout the life of the project.*

Persimmon is a unique project, as the three-year commitment to purchase RECs from the project was finalized before it reached commercial operation. The competitive REC pricing offered by 3Degrees exceeded Scout’s pro-forma REC income for the project, helping to smooth its financial close. 3Degrees’ Multiple Mix Product is Green-e Energy certified and meets the environmental and consumer protection standards set forth by the nonprofit Center for Resource Solutions. Learn more at: www.green-e.org. 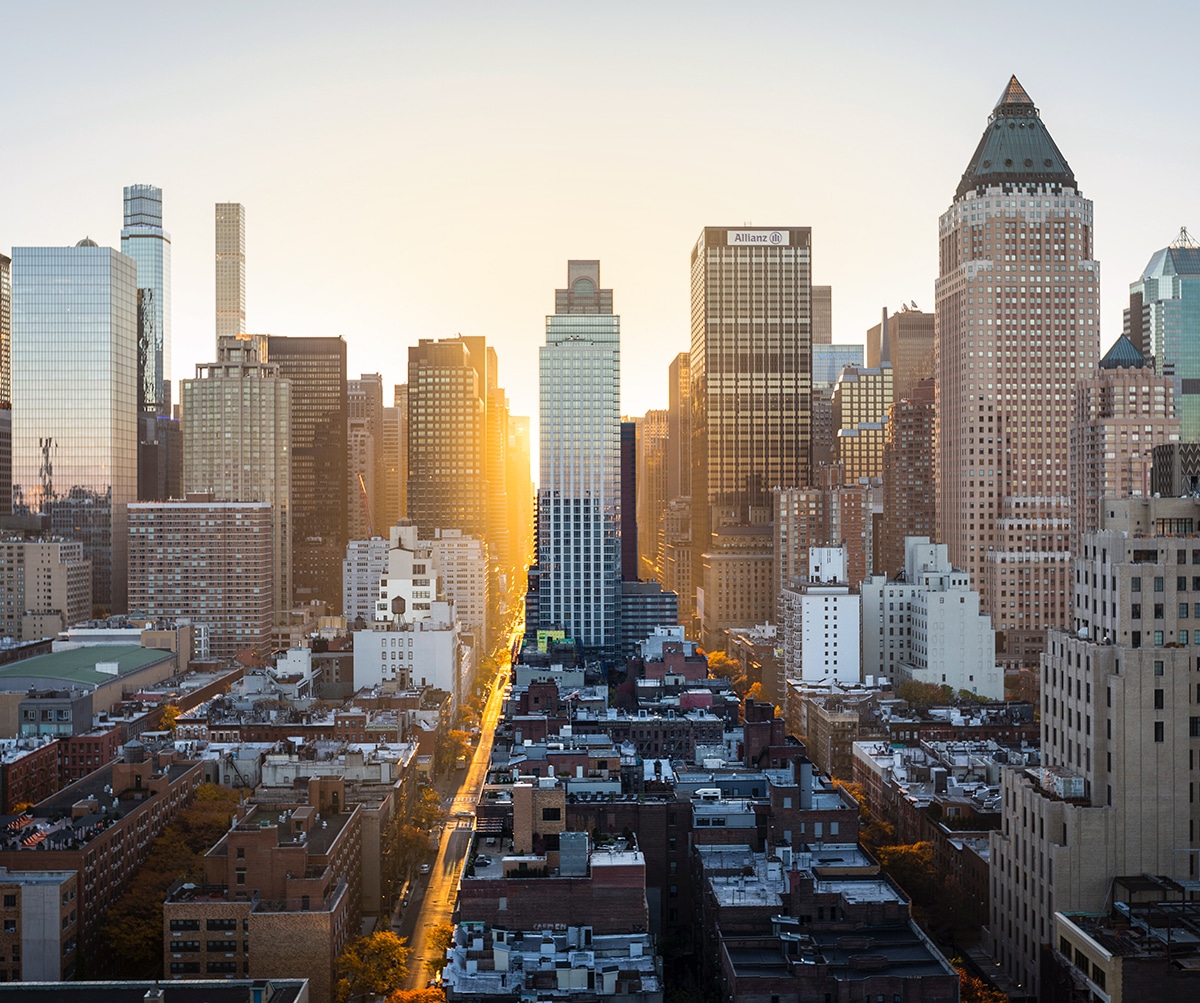 Last month, 3Degrees hosted an interactive luncheon for top sustainability leaders at Fortune 500 companies. The session, which included presentations from Lance Pierce, president of CDP North America and Kim Fiske, 3Degrees vice president of strategy and corporate development, revolved around challenges and successes of setting and achieving renewable energy (RE) and greenhouse gas (GHG) reduction targets. Executives from over a dozen top tier companies gathered to learn about a range of environmental targets and the merits of each.

Why should companies set a renewable energy or greenhouse goal?

As in so many other parts of business, here the old adage holds true: what gets measured gets managed. This is why setting public renewable energy and GHG goals is imperative for organizations looking to drive innovation and maximize cost efficiency. CDP data indicates that companies with public goals make more progress at a faster rate than those that do not. Other reasons for goal setting includes improved competitive positioning and compliance.

Barriers to setting and achieving goals.

Other challenges included budgetary issues, fear of failure, and lack of internal alignment. For organizations that have set goals, some cited a lack of an action plan as another significant challenge.

Fortunately there is no need to reinvent the wheel. There are a number of resources and examples to draw upon from groups like CDP and from consulting organizations like 3Degrees. Learn from the experience of others and adjust their approach to your organization’s needs, appetite for change and corporate culture. Best practices include involving a broad group of stakeholders, starting small, and considering all relevant options for reducing your footprint, not just those with the most “buzz”.

There are many types of goals that companies can set around reducing their carbon footprint. These include intensity goals, goals around energy efficiency, and goals around absolute reductions. These may (but don’t have to be) associated with public pledges of commitment. At our event, participants were most interested in discussing the relative merits of two particular pledges/goals: RE100 and Science Based Targets (SBTs).

RE100 asks companies that participate to commit to 100% renewable energy. RE100 can be appealing to companies because of the relatively low barrier to participation and relative simplicity in aligning stakeholders. The continuing decline of renewable energy costs also make it an attractive emission reduction option and has led to a recent spike in adoption.

According to the 2017 CDP report, the number of companies with renewable energy targets has increased 23% in the last year.

Another goal setting option that appears to be part of a growing movement among industry leaders is science-based targets (SBTs). The Science Based Targets Initiative has established a common framework that companies can rally behind. It also sends a strong message to the market about the need for meaningful action on climate and can also help uncover the most cost-effective mechanism for individual organizations.

Signing on to SBTs is a significant commitment and can be overwhelming for many organizations. It oftentimes requires a fundamental change to the business which may be too high a hurdle for some. In addition, partly because of its popularity, there is currently a backlog of companies awaiting data and target validation, leading to a longer adoption process.

One size does not fit all

Every industry and every company has unique challenges and opportunities when it comes to reducing their carbon footprint. The trick is to find which set of tools work best for your organization today and in the future.

With a portfolio of options to choose from including onsite solar, renewable energy certificates (RECs) green tariffs and power purchase agreements (PPAs), we recommend companies consider all available tools.

The graph below illustrates what tools are being used across industries to address scope 2 emissions targets.

Bottom line: By taking a portfolio approach to establish environmental targets, organizations are able to diversify risk, manage costs, and have a greater overall impact.  This all starts by determining the most meaningful goals for your company.

For more information on RE & GHG goal setting or to speak to someone directly about your organization’s unique set of challenges, please contact us or request a quote.