Leveraging the LCFS to speed up transportation decarbonization

Organizations across the country are tapping into revenue available through California’s Low Carbon Fuel Standard (LCFS) and other statewide market-based incentive programs for their transportation decarbonization initiatives. By accessing these market incentives, both public and private entities can lower their total cost of ownership and infrastructure deployment, subsidize the transition to low-carbon transportation solutions, and accelerate progress toward greenhouse gas reduction goals.

What is the LCFS?

The California LCFS is a statewide market-based policy introduced in 2010 to accelerate the decarbonization of the state’s transportation fuel pool. The regulation forces producers/distributors of petroleum-based fuels to purchase credits from companies using or furthering the use of low carbon fuels.

Clean Fuel Standards (CFS) like the LCFS are expanding across many states and regions in North America and around the world. Broadly speaking, a CFS is a policy that sets a carbon intensity (CI) target for transportation fuels and allows low-carbon or clean fuels to generate credits based on their CI relative to the target in a given year. 3Degrees helps organizations access the most value possible through the LCFS: Understand the value of the LCFS for your business & how 3Degrees can help:

*Assumes that zero-CI electricity is matched with charging, and estimates EV charging based on average utilization rates and charging for each EV application. An average 2021 price for California LCFS credits as reported by CARB was applied to calculate these values. Check out our interactive LCFS calculator to uncover the revenue potential of your fleet: Proterra’s ability to help our transit customers easily register and monetize their LCFS credits in an inexpensive and transparent way helps lower the barrier to entry to deploy battery electric buses and chargers. Proterra appreciates working with 3Degrees and their professional approach in accessing the LCFS market. 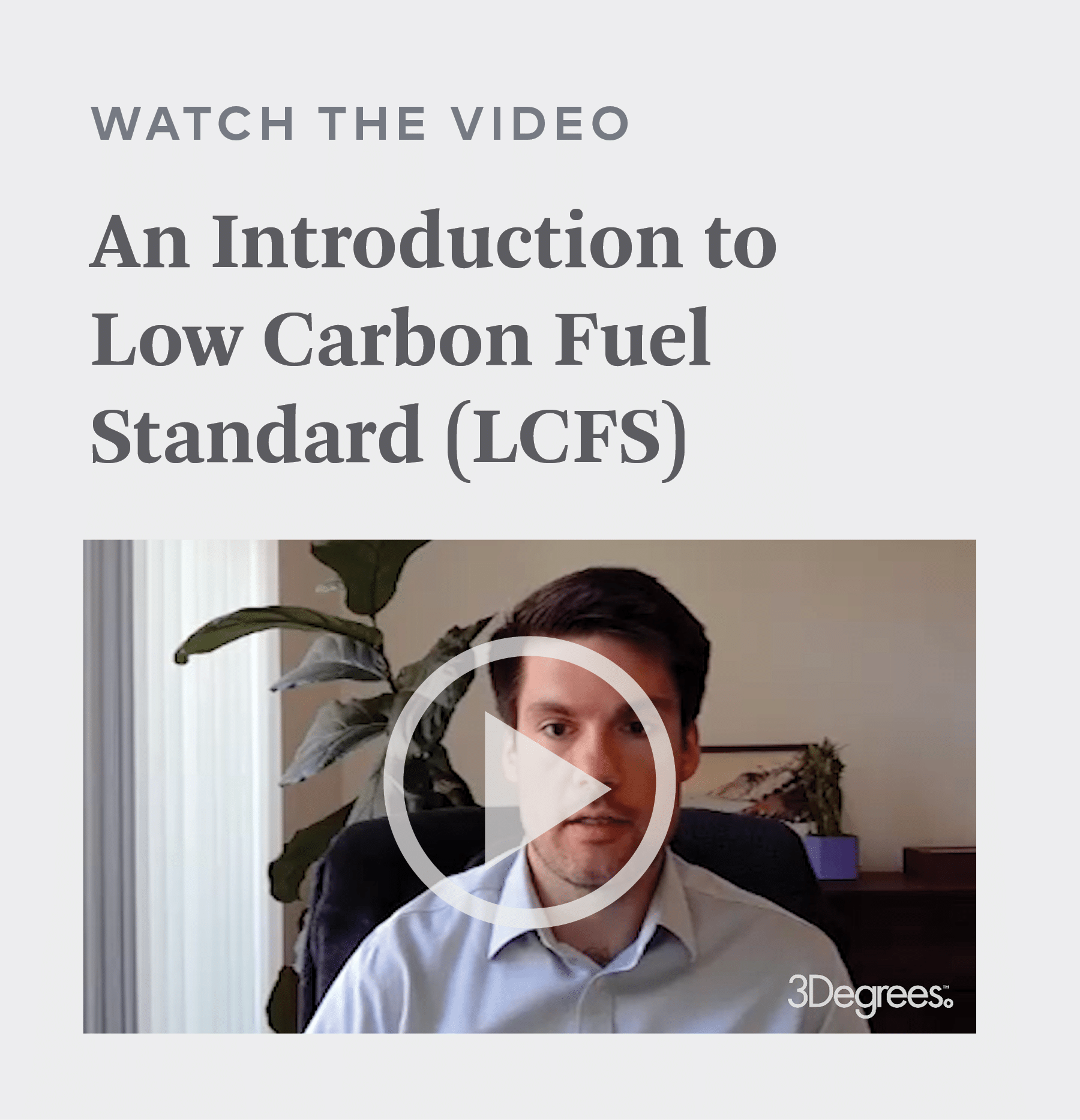 Across the OEM motor vehicle aftersales space, transportation is a… EV charging infrastructure credits are speeding up the transition to clean …

Widespread adoption of zero-emissions vehicles (ZEVs) could assist many regions…

Get a Quote
Top
Manage Cookie Consent
To provide the best experiences, we use technologies like cookies to store and/or access device information. Consenting to these technologies will allow us to process data such as browsing behavior or unique IDs on this site. Not consenting or withdrawing consent, may adversely affect certain features and functions.
Manage options Manage services Manage vendors Read more about these purposes
View preferences
{title} {title} {title}