Since 1993, Wildmind Science Center, a wildlife conservation, animal welfare, and environmental non-profit organization has endeavored to make its operations as environmentally friendly as possible.

Located on the Northern California coast, the Wildmind Science Center provides over 500 hands-on science education programs to children throughout the San Francisco Bay Area. The sanctuary offers unique habitats for over 50 non-releasable wild animals, and provides students with a meaningful lesson about the importance of environmental protection. With the installation of a 27kW solar project, the Center is able to cut their energy cost by 90% each year.

+ By utilizing solar energy, the Wildmind Science Center ensures a greener environment and avoids emissions of pollutants to the air, soil, and water.

+ With the incorporation of clean energy, the non-profit has saved $9,000 on annual electric costs, thus allowing donor funds to be used for additional wildlife conservation.

+ From the electricity savings, Wildmind Science Center can serve an additional 5,000 students in its educational programs. The regions of the world most affected by crises tend to be those most vulnerable to climate change, and are largely excluded from climate finance flows and related investment. In addition, conflict-affected communities tend to experience high levels of energy poverty, and face issues like hunger, malnutrition and lack of basic human necessities. Peace Renewable Energy Credits (P-RECS) have the potential to expand the renewable energy revolution to vulnerable regions, improve quality of life, and create economic opportunities. A P-REC is an International Renewable Energy Credit (I-REC) with an additional certification by Energy Peace Partners (EPP) of the social and economic co-benefits associated with the project.

Developers like ZIZ Energie are extending the benefits of solar energy to countries in Africa, where REC markets have yet to be fully developed. Currently, ZIZ Energie owns and operates five diesel powered minigrids in Chad, which it plans to convert to solar-plus-storage hybrid systems starting in the city of Mongo, the 70,000-inhabitant capital region of Guéra province. ZIZ Energie is installing a 2.5 MWp solar PV power plant in Mongo with an energy storage system and back-up generators.

Starting in 2022, approximately 3,300 P-RECs are projected to be issued each year, although energy production estimates will be confirmed upon final system build and ramp-up. These would be the first EACs and P-RECs to be issued and sold from Chad. P-REC purchases from the Mongo solar plant will fund the phased implementation of a community solar streetlight project that delivers a significant positive impact on quality of life and safety for Mongo residents. + The solar minigrids reduce the need for carbon intensive forms of energy that are typical in Chad. This has a direct climate mitigation impact by reducing local air pollution and decreasing carbon emissions.

+ The project decreases reliance on fossil fuels and fuel supply chains while promoting energy independence thanks to streetlighting that is 100% solar-powered and independent of the solar minigrid.

+ ZIZ’s solar sites will provide power to rural households in Chad, a nation that has had a lack of development for decades, and currently has an electrification rate of about 6%. Projects like this will help Chad increase its electrification by 500% overall and directly impact 250,000 inhabitants.

+ The P-REC-funded community streetlights will increase safety and security, and allow local businesses to stay open longer. The electricity connections enabled by the solar mini grids will increase overall quality of life for rural Chadian households. Year after year, Texas ranks as one of the nation’s leading generators of wind capacity, and this trend is expected to continue as power producers take advantage of the state’s abundant wind resources. Owned by NorthLeaf Capital and operated by Apex Clean Energy, Old Settler is a 151.2 MW wind farm located in Northern Texas. The wind energy harvested by the 63 General Electric turbines is enough to power about 51,000 homes. The Old Settler Wind project has received acclaim for its inventive financing arrangement, a model for future deals in the wind industry. The clean energy portfolio between NorthLeaf Capital and Apex Clean Energy uses a proxy revenue swap that enables third-party financing and tax equity commitments for the project. This structure allows companies to hedge against risks associated with changing prices in the energy market and fluctuations in power generation. 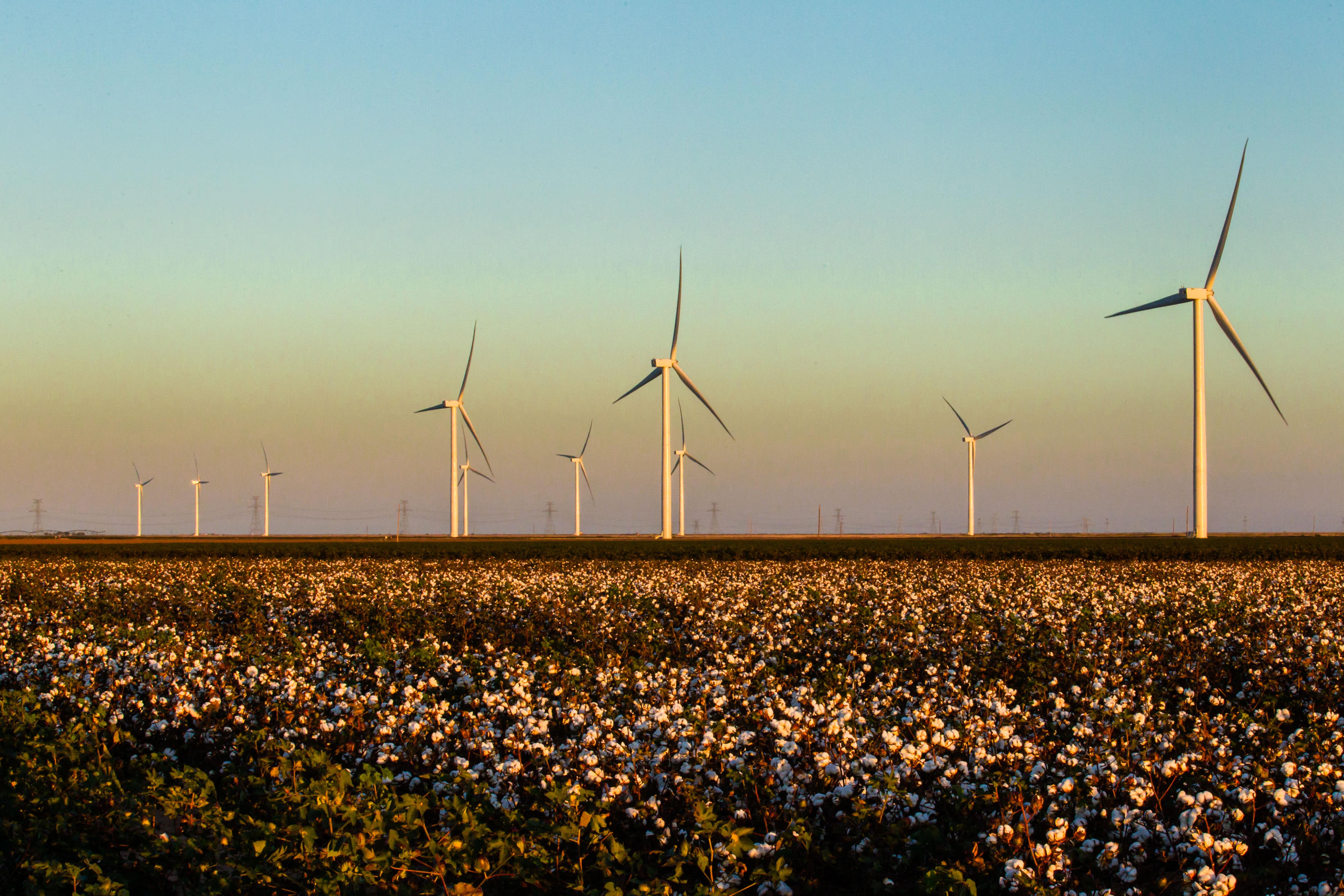 + The expansion of renewable energy in Texas has enhanced rural economies by offering green job opportunities in the construction and maintenance of wind farms.